Andreas Van Dingen spoke to us on Tuesday Night about the Heroes of the Faith, reading from the famous 11th chapter of Hebrews.


Andreas has been in YWAM since 2002, and is a leader of YWAM Dunham in , where he lives with his wife and two children.
Listen to his message

Posted by Unknown at 9:57 AM No comments: 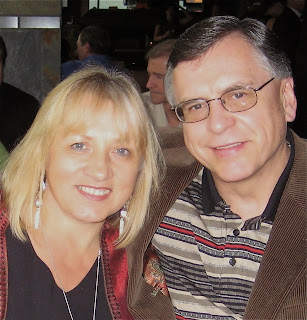 Peter Iliyn spoke at our October Night of Missions. He spoke about taking seriously our divine appointments that God gives us, keeping up with the people whom God has put in our lives. He weaves a wonderful story, and holds his audience captive, all the while challenging us in our missional thinking.

Peter was born in  to parents who emigrated from . Raised in the Russian culture and language, he continued his education at the  of , , where he earned his BS in electrical engineering and material science. Peter joined Youth With A Mission (YWAM) in 1976, and has been able to cross barriers throughout the former Soviet Union and  with his ministry.

Peter has traveled and ministered in over seventy-five countries across Asia, , , and throughout Eastern and . Currently he is the North American Director for YWAM. He and his wife Luba have four children and live in . 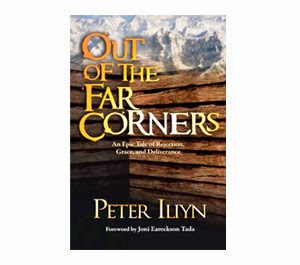 He has authored a book, Out of the Far Corners, recounting the story of his father’s emigration from . Vanya Iliyn’s formative years were spent on the move, traveling the far corners of the world—, Central China, and the —amid seemingly impossible hardships. His journey crossed the landscape of his heart as well. Orphaned and alone, Vanya could look only to God for protection, guidance, and grace. His remarkable story speaks to the power and majesty of God.
Posted by Unknown at 11:49 AM No comments:

Dean Sherman spoke to our YWAM Presence Gathering on October 15, 2013.


Dean Sherman has been teaching throughout the Body of Christ worldwide for over 45 years. He presents the truth of God’s Word with simple clarity and an anointing of authority and practicality. His unique exciting presentation style, often brings new understanding on God and His ways. He makes truth both easy to listen to and challenging for life. Trust in God and our potential in life and ministry are increased, as we realize His love, power and grace within us.
Dean has worked with Youth With a Mission since 1967. He helped to pioneer YWAM in , , , , and . He has led mission teams in most areas of and the Pacific. He presently serves as the International Dean for the College of Christian Ministries in YWAM’s University of the Nations. This College registers and oversees training schools in 100 counties. He serves on the International leadership team of the U of N, several boards of YWAM and other ministries. Traveling most of the year, Dean spends half of his prophetic teaching role in YWAM bases and half in local churches, conferences, camps and retreats. His ministry takes him continually to every continent and is equally appreciated by Pastors conferences, church staff retreats, youth seminars, missions challenges, Bible schools, or Sunday services.
The two most demanded teachings from Dean for over 30 years have been series on Relationships and Spiritual Warfare. Thousands of tape sets have sold around the world and he has written books on both subjects: SPIRITUAL WARFARE FOR EVERY CHRISTIAN and LOVE SEX AND RELATIONSHIPS both translated into several languages.
Growing in popularity are series on Benefits, and Effective Personal Ministry, as well as many other subjects.
Dean and his wife, Michelle live in . They have two married children; Cherie and and four grandchildren.
http://ywamchico.com/Podcast/Presence-gathering-Dean-Sherman-10-15-2013.mp3
Posted by Unknown at 11:49 AM No comments:

Bill Johnson spoke at our YWAM Presence Gathering on October 14, 2013.
Bill Johnson and his wife are the Senior Pastors of Bethel Church. Together they serve a growing number of churches that have partnered for revival. This apostolic network has crossed denominational lines in building relationships that enable church leaders to walk in both purity and power.
http://ywamchico.com/Podcast/Presence-gathering-Bill-Johnson-10-14-2013.mp3
Posted by Unknown at 1:49 PM No comments:

Jerry Praetzel has been teaching in YWAM schools for more than 35 years. He has a passion to see people walking in freedom and forgiveness. He teaches the Divine Plumbline, based on a book called "Walls of Our Hearts" by Dr. Bruce Thompson. Many of our DTS alumni have experienced freedom and healing through his week of classes. Originally from northern , he has had a close relationship with YWAM Chico for many years, and we honor him as a voice to our ministry.


Jerry and his wife Linda live in .

This teaching is from our Tuesday Night Meeting on October 1, 2013
http://ywamchico.com/Podcast/Jerry-Praetzel-Tuesday-10-01-2013.mp3

Posted by Unknown at 1:17 PM No comments:

John Dawson, a father of our mission, speaks to us about the importance of having the heart of family, and being relational in our approach to ministry and transition.

Francis Anfuso spoke to our YWAM staff and students on October 2, 2012.

http://soundcloud.com/ywam-chico/10-2-12-francis-anfuso
Posted by Unknown at 1:50 PM No comments: